On June 17th, the centenary committee posted an anniversary greeting on the national website and Facebook page to commemorate the official day of the 100th anniversary of The Catholic Women’s League of Canada. Celebrations have been underway for the past five years and the committee was looking forward to bringing the celebration to a grand finale at the national convention. Even though the pandemic has changed the plans, the committee looks forward to celebrating the anniversary with members once safe to do so.

The deadline for the tree planting project to commemorate the centennial anniversary has been extended to July 1, 2021. When it is safe and the restrictions have been lifted, please plant a tree and send in a picture of the event. Celebrate the League’s “roots” from the past century while looking to the future and “branching out” into the next century! The committee has received so many pictures of the awesome trees and places they have been planted! All participation in helping the environment and the national theme of Care for Our Common Home is greatly appreciated!

Plans are well underway for the 2021 annual general meeting being held in Toronto to commemorate the first national convention that was originally held in Toronto in 1921. 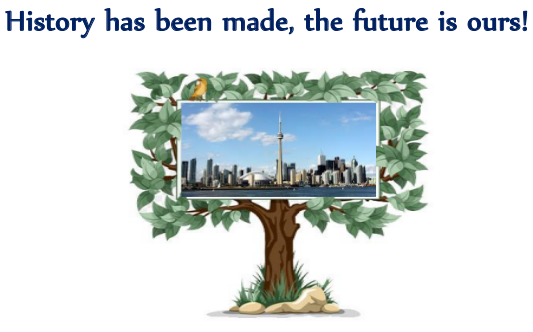 Women in the Church seminar