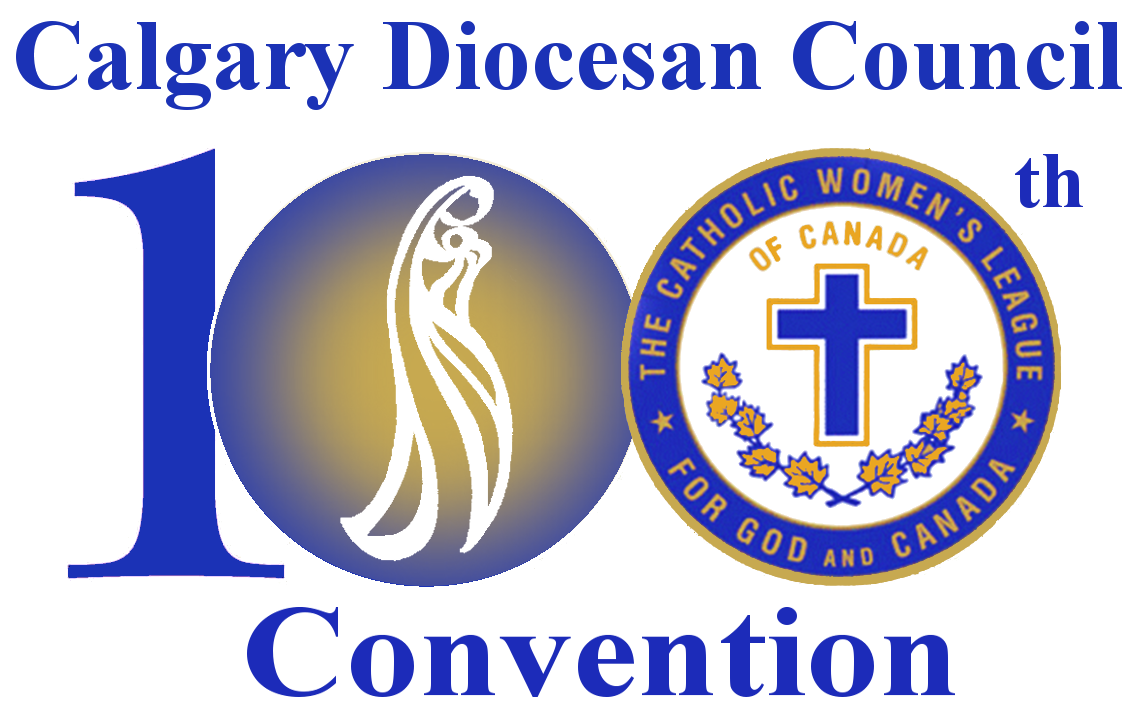 175 members, Spiritual Advisors and guests were present. Minutes of the Fall Meeting - September 25, 2021 were approved.

Carol Hollywood, Archivist for the Roman Catholic Diocese of Calgary spoke on “From the Buffalo to the Cross? Reflecting on our diocesan history after Kamloops”

Michael Chiasson, Founder of Access52 and Chiasson Group, gave a presentation on his work, titled “Because of You!”

A collection taken for the St. Mary's CWL Chair for Catholic Studies raised $1,576. A motion was made and adopted to donate $5,000 to the Diocese Together in Action fund for healing and reconciliation.

A Eucharistic Celebration was held at St. Thomas More Church with Father Pilmaikén Lezano as celebrant. It was followed by the official opening ceremony; and then a wine and cheese social hosted by the Knights of Columbus.

150 were present on Saturday.

We began with the Memorial Service for deceased members and spiritual advisors who have gone before us. We thank God for the gifts they shared with us.

Members of the 100th Anniversary Planning Committee entertained delegates with the skit: Let the League Live On!

The Instructed Votes for the National Per Capita Fee increase, amendments to the Constitution & Bylaws (2013), Nominations for Alberta Mackenzie Provincial Officers, and election of Officers for Calgary Diocesan Council were conducted.

A Eucharistic Celebration took place at St. Mark's Church during their regular Mass. Bishop McGrattan was main celebrant and homilist. Installation of the 2022-23 Diocesan Officers followed. The evening concluded with the Gala Banquet at the hotel. Jan Myhre presented Bishop McGrattan with a cheque for $5,000 to support our Canadian northern mission dioceses in the healing and reconciliation initiatives within their own Indigenous communities.

The Post Convention Meeting on Sunday, May 1st had 60 voting and non-voting delegates in attendance.

Participants had fun taking selfies at the photo booth. 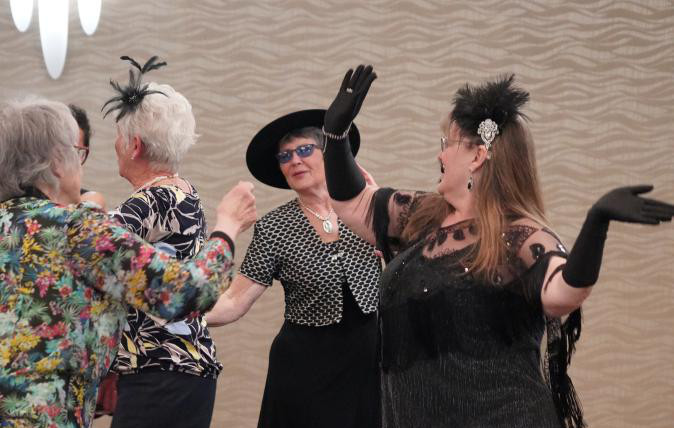 Some delegates brought their own stylish hats and fascinators to honor our 100th anniversary. Others were able to select from a collection of vintage hats and pose under a ivy covered arch or at a bistro set. Numerous other custom-made props added to the ambiance. 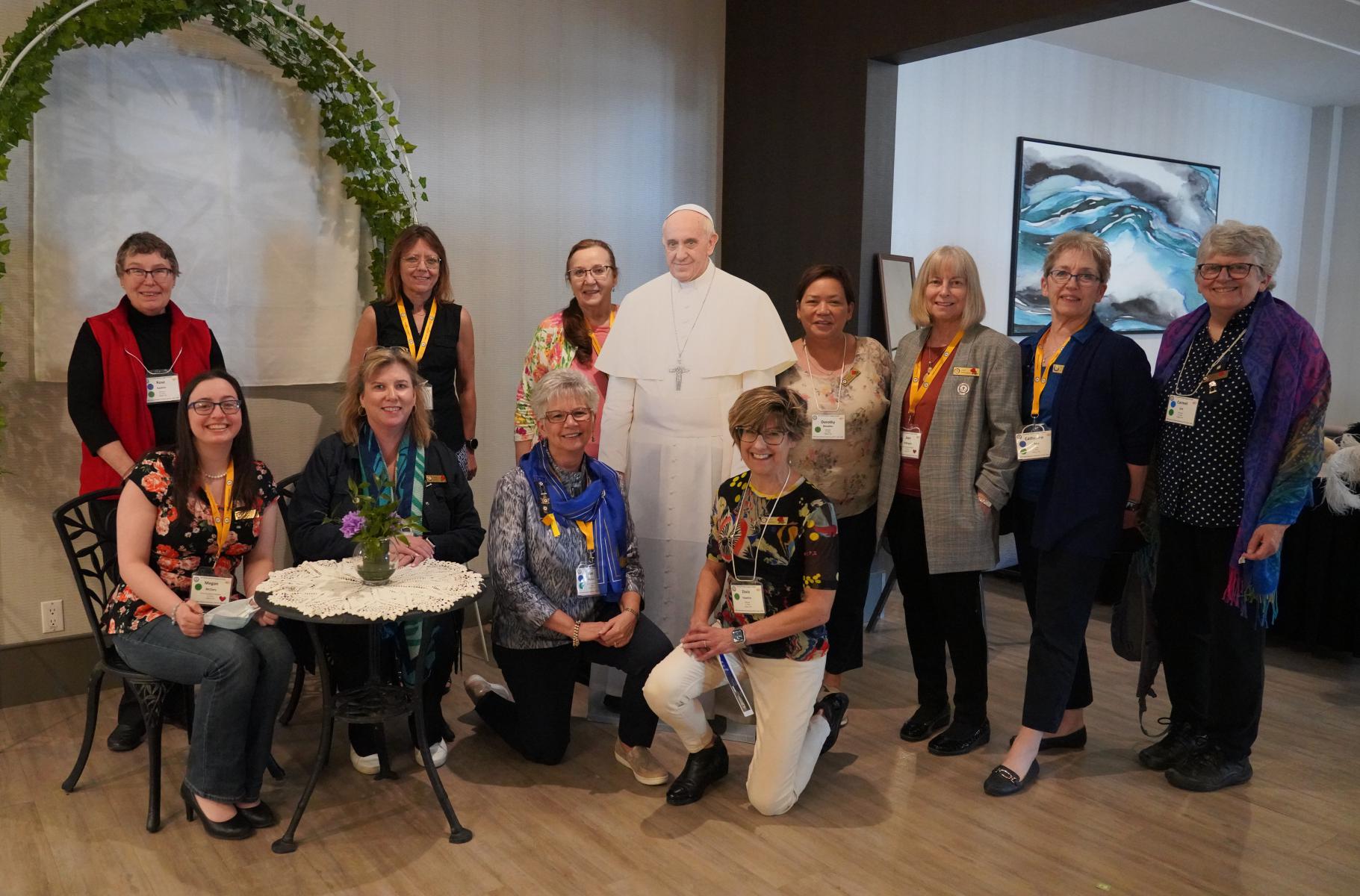 Pope Francis was a popular guest. In fact, the first selfie was a hotel employee who sidled up to the pope on Thursday evening shortly after the booth was set up!

Councils were asked to bring a monetary donation for our featured convention charity: IWIN (I'm Worth It Now). IWIN assists human sexual trafficking survivors who are escaping the life and entering a program of emotional, physical and spiritual support. IWIN provides survivors with backpacks which contain brand new personal essentials. IWIN launched in Calgary in 2019 and has since expanded to Edmonton and Saskatoon.

IWIN Initiative (I'm Worth It Now)

Mission Cards from the Heart

Congratulations and appreciation from Calgary Pro-Life