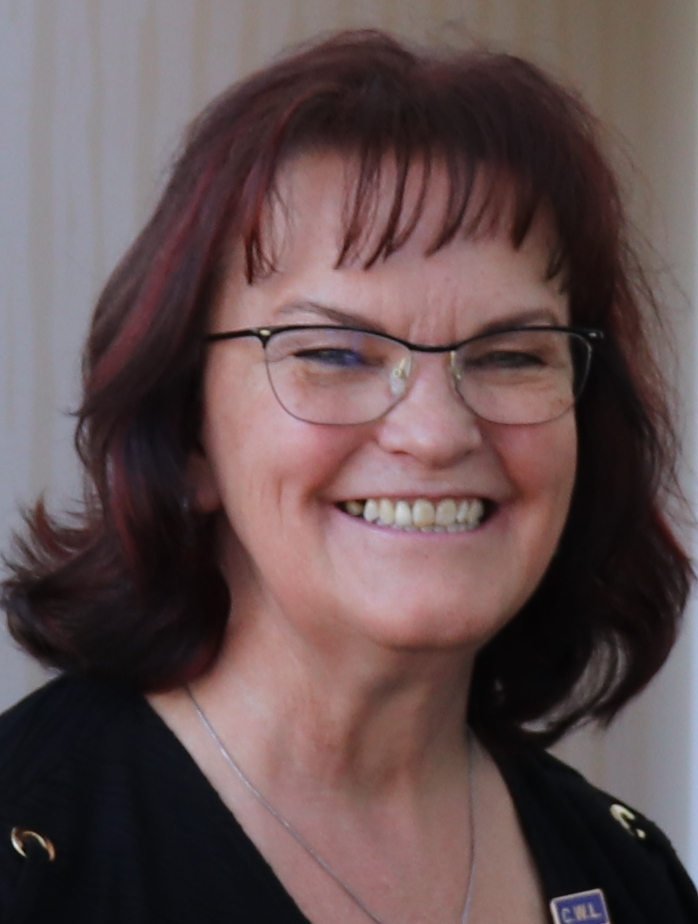 Janet is a retired engineer, married to husband Stephen (her personal photographer) for 40 years; they have a son and daughter-in-law.

Janet and Stephen enjoy spending their summers in Sicamous, BC. They are the opposite of snowbirds—leave in the summer and stay for the winter! They love to travel and Janet reminds us that it is easy to keep in touch through email, Facebook and texting.

She has been a member of the Catholic Women’s League for almost 30 years. She began with St. Peter’s CWL, Calgary in 1990 and moved to Sacred Heart about 2006.

Janet has served in several positions on the Calgary Diocesan Council, including: Communications Chair, Education & Health sub-chair, Community Life Chair, Legislation Chair, President Elect, President—and now Past President. For Janet, moving into the Past President’s role signifies a couple of things: She is now two years older—and wonders where the two years went that she served as President!

Calgary Diocesan Council is hosting the 99th National Convention at the Hyatt Regency Hotel in Calgary, August 18—21, 2019. It is a huge undertaking and Janet is proud to be involved with the planning committee for the past few years. She looks forward to greeting her League sisters from across the country and welcoming them to the Calgary Diocese!

Janet is excited about the League’s Strategic Plan; and will continue to encourage councils to work toward the League’s three core values: Faith, Service, and Social Justice.

“Lord, grant that I may live this day with Love and Laughter”