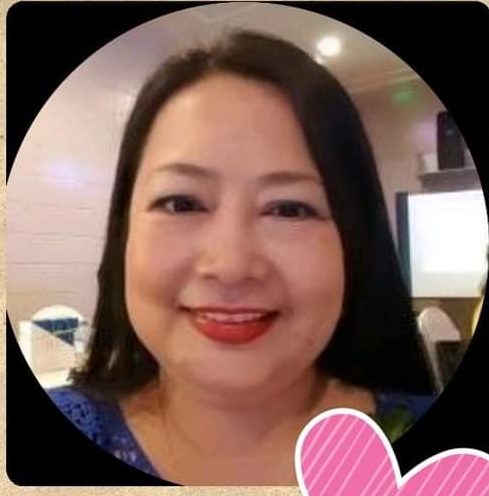 Anthea was born in the Philippines to a Catholic family and studied in a Catholic school.

Her dream of living in the United States of America brought her to work in Saipan, CNMI, USA where she actively participated in church ministry activities as a Lector, and writer/contributor of The North Star, a local newspaper of the Diocese of Chalan Kanoa. She was also a member of the Couples for Christ – Singles for Christ (Saipan), and the Head of Information and Publications Ministry of the Light and Salt Catholic Charismatic Community under the Diocese of Chalan Kanoa.

After a decade of working abroad, she migrated to Canada in 2004 to join her family in Calgary with a belief that this was the place where God planted her to bloom. With this mindset, it did not take long for her to look for a community to grow her faith and serve God. She easily adapted to the Canadian culture and found her community again in Couples for Christ – Singles for Christ Calgary. She served as a lector and choir member of CFC-SFC in St. Francis of Assisi Parish in Calgary.

In 2007, Anthea married Cesar who she believes is “God’s Gift”. While waiting for him to arrive in Canada, she actively participated in CFC Handmaids of the Lord.

In 2009, she joined the Lector Ministry at St. Mary’s Cathedral. She “followed the voice” of the Holy Spirit and walked the path leading her to join CWL in April 2017. At her first meeting of St. Mary’s Cathedral CWL she was asked to do the minutes, and later became the Secretary.  At the time, little did she know that she would play a vital role in the council, building relationships. She responded to God’s call for greater responsibility by serving as President from September 2017 to December 2019. And as the Past-President she was called to serve in her new position as the Calgary Diocesan CWL Secretary.

An Evening with Fr. Cristino Bouvette

3rd SUNDAY OF ADVENT (Year A)