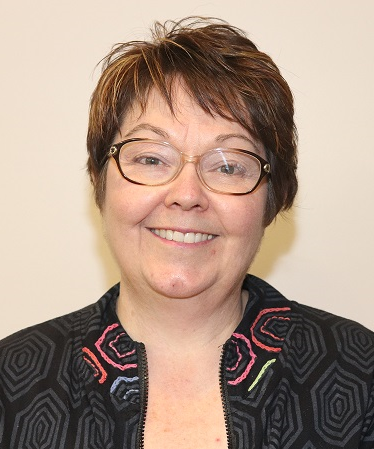 Renee served on the Calgary Diocesan Council as Treasurer from 2013 to 2019; she was elected President-Elect in 2019 and was inducted as President on May 1, 2022

She was born in Lethbridge and has lived there most of her life. Her love for the Catholic Women’s League began in 2002 when she became a member of St. Martha’s Parish Council in Lethbridge. Renee served on her council's executive as Secretary, Treasurer, President, and Past President.

With her council’s support, she led two important initiatives for several years. First, in collaboration with the Knights of Columbus, they successfully participated in Western Tailgate Fundraisers. The proceeds assisted youth and those most in need in the community. Second, she developed and facilitated the Annual Women’s Advent Retreat in Lethbridge. Every year she has experienced true joy being with women who are open to the Holy Spirit touching their hearts and lives.

She was humbled when her council nominated her for the prestigious Elsie Yanik Award for leadership and service; which was presented at the 2018 Alberta Mackenzie Provincial Convention. Renee’s focus has been on aligning CWL goals with members’ talents and abilities, while considering their generational transition. She wants her CWL sisters to know that they are called to do the Lord’s work and that “You are the Right Person in the Right Place at the Right Time.”

It was great timing that her work brought her to Calgary to have an active role as Treasurer on the 2019 National Convention Planning Committee. Making new friendships and time spent together has been a true blessing in her life.

Renee is grateful for her husband Randall who has encouraged and supported her while she pursued her education, career, and love for the CWL. They married in 1985 and have three children: Dante (1993), Elizabeth (1996), and Pascal (2005). Renee has a B.A. in Art and became a Certified Management Accountant in 2001. She now works for the Canada Revenue Agency.

Renee loves learning and experiencing new adventures. Recently, she has been on an Employment Equity Committee promoting an understanding of women’s issues and her Metis heritage. She has learned that women play a significant role in our communities and country. Their voices and actions are powerful tools for change and in mentoring youth. Her newest adventure is to recruit and mentor women as they grow together as sisters in the Catholic Women’s League.